And now, the honours start pouring in. The Toyota 86 has been named Top Gear UK magazine’s Car of the Year, a perfect end to a year that’s full of hype and praises.

“This is a fantastic achievement,” said the magazine’s editor-in-chief, Charlie Turner. “For a car to win a Top Gear Award is a recognition of a truly exceptional vehicle. Only the remarkable are considered for this award, and this year the 86 has proven to be the standout machine.”

The award follows the car’s success in the magazine’s Speed Week contest, which was featured in the publication’s August issue, where it emerged the overall winner against exotic machineries like the McLaren MP4-12C, the Porsche 911 Carrera S and the Lotus Exige S.

Although writer Oliver Marriage acknowledged in the article that the 86 was slower than its competitors, he found it to be more enjoyable to drive.

“Acceleration is fun, but the noise is as important as the kick in the back, and I’d rather spend 30 seconds wringing the 86 up to speed than three seconds being pummeled by the McLaren,” Marriage said in the article. “You have more time to enjoy it, and you feel more like part of the process.”

The Top Gear Car of the Year award is only the latest tribute to be given the 86 following Jeremy Clarkson’s comment in the latest Top Gear DVD, The Worst Car In The History Of The World, that it is “one of the best car I have driven in ages.” 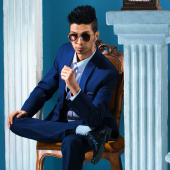 Get revved up for another spectacular Cape Town Motor Show

Who would have thought there’s more to ‘Midas’ – 30 YEARS ON?