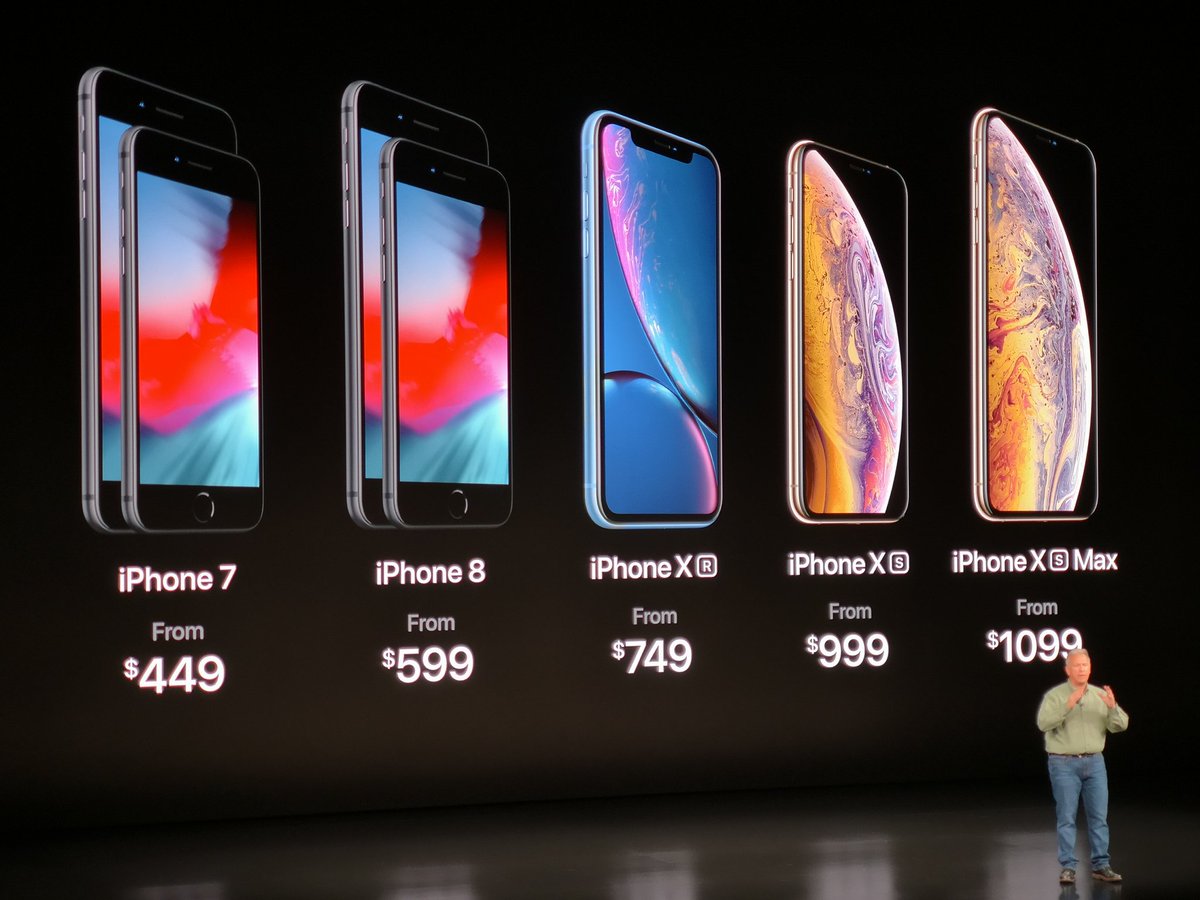 CEO Tim Cook claimed that the iPhone is the “number 1 smartphone in the world” and has an astounding 98 percent customer satisfaction rate. As for the iPhone XS and iPhone XS Max lineup, Cook says, that it is “the most advanced iPhone we have ever created.”

Both models will go up for pre-orders on the 14th of September, and will ship from the 21st of September for the first wave of launch countries. In South Africa, it will become available from September 28. The iPhone XS and iPhone XS Max also get a new Gold colour option, apart from the usual Space Grey and Silver.

Both the iPhone XS and iPhone XS Max run iOS 12 out-of-the-box; Apple at the event stated that it will soon ship its two billionth iOS device. The iPhone XS sports a 5.8-inch OLED Super Retina (1125×2234 pixels) 120Hz display with the same notch as the one seen on 2017’s iPhone X. On the other hand, the iPhone XS Max gets a large 6.5-inch OLED Super Retina 120Hz panel with a 1242×2688 pixel resolution, one of the biggest mass-market smartphone displays, with a similar display notch. The iPhone XS Max fits into the same footprint as the iPhone 8 Plus. Both the variants are powered by Apple’s latest A12 Bionic SoC, which is touted to be one of the first with a 7nm processor.

Inbuilt storage options include 64GB, 256GB, and 512GB for both the iPhone XS and iPhone XS Max. RAM quantity has not been announced, but previous reports claim that both of them have 4GB RAM each. We shall have to wait till users get their hands on the new iPhone to check the exact capacity. Both of these phones sport surgical-grade stainless steel body with glass casing on both sides, much like the iPhone X. These are Apple’s first iPhone models with IP68 water and dust resistance – last generation was IP67 rated. The two smartphones also feature glass back panel and support wireless charging.

Apple has done away with Touch ID in the 2018 iPhone range, and all of the three variants now come with improved Face ID, which allows users to unlock their handsets by just looking at it. Face ID uses infrared and dot projector technology, coupled with proprietary hardware and algorithm to make it one of the most secure mechanisms in the market. It is the “most secure facial authentication ever in a smartphone” as per Apple’s claims.

Holding true to Apple’s ‘s’ upgrade cycle, the iPhone XS and iPhone XS Max feature an upgraded pair of cameras at the back. The phones have a 12-megapixel wide-angle sensor (f/1.8 aperture) and another 12-megapixel telephoto secondary sensor (f/2.4). The rear camera gets a 6-element lens and 2x optical zoom. There is also an improved TrueTone quad-LED flash at the back. On the front, the iPhone XS and iPhone XS Max get a 7-megapixel RGB camera sensor that’s said to be faster, and features an f/2.2 aperture.

Apple also revealed details around Siri Shortcuts that is coming with iOS 12. Siri Shortcuts integrates multiple apps right through actions sent via the digital assistant. A new Clips app was also announced, coming to the iPhone later this year.