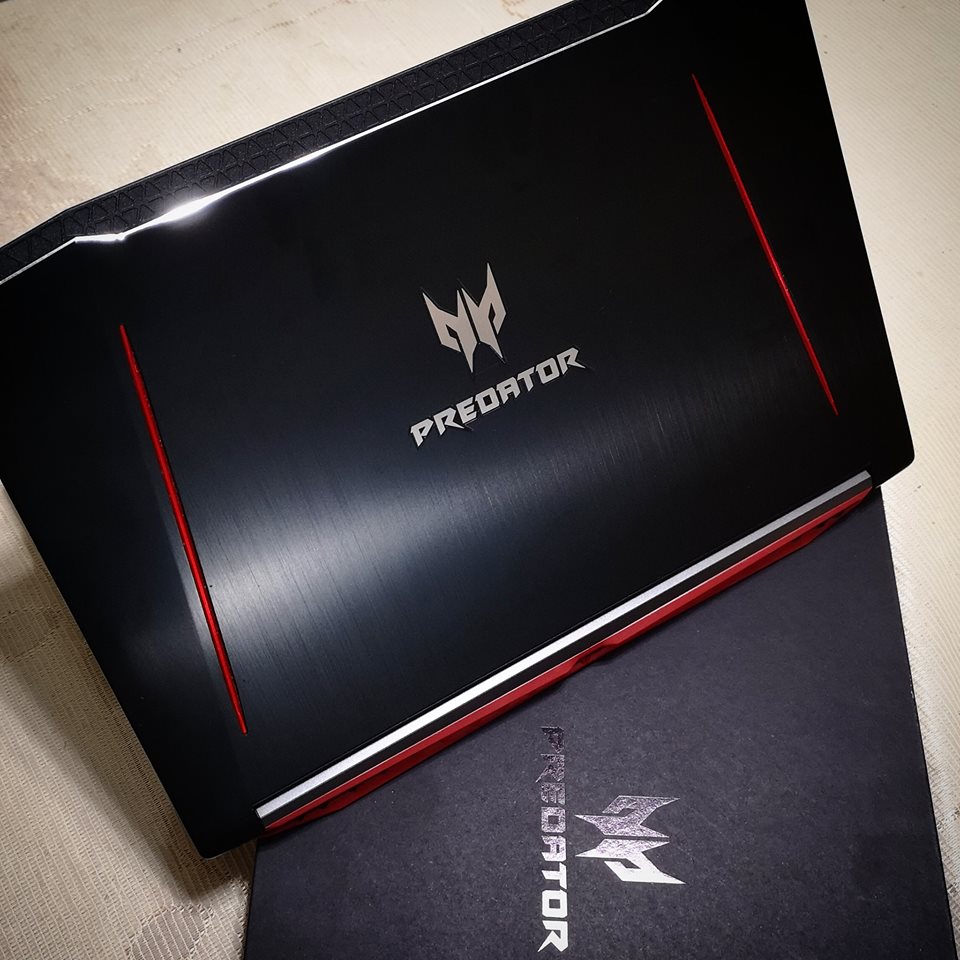 Our official review of the Acer Predator Helios 300 is here! Does the its good looks match its performance? We take a look…

The Helios 300 is a true-to-form gaming laptop with a 15.6-inch 144Hz screen, GTX 1060 graphics, and an Intel Core i7 chip. Specs like these are usually reserved for laptops in the R30 000 range, yet the Helios 300 offers all of them for a fraction of the usual cost.

I can safely say that Acer designed a gaming laptop that looks the part: bright red accents, chunky corners, and thick bezels with plastic and metal thats just over 2.5 kg in weight. The Helios 300’s 1.05-inch chassis isn’t the thinnest, and it doesn’t have the highest quality build I’ve seen in a laptop for this price, but it does well to mask most of my fingerprints, despite its dark metal palm rest.

Because of its chunky profile, cooling is something the Helios 300 excels at — as any gaming laptop should — despite only having one open vent at the back. If thinness in gaming laptops is correlated with an increase in price (due to unique cooling solutions, Max Q GPUs, etc.), then I’d welcome a wave of cheaper, chunkier, but still svelte laptops, like the Helios 300. Under strain, the hottest areas of the Helios 300 include right above the function keys and the fan vents. The rest of the Helios 300 remains cool, which isn’t always the case with more expensive gaming laptops.

Another surprise feature you wouldn’t expect on a budget gaming laptop is the ability to overclock the GTX 1060 to boost its performance. Within the PredatorSense app, you can control the Helios 300’s fan modes (auto, max, or a custom speed) as well as overclocking the GPU’s clock speed (when plugged in). Pushing the GPU to max overclock got me anywhere between 10-15 fps boost in the games that I tested.

The Helios 300 has a decent port selection, however omits a DisplayPort entirely. Obviously, you have to sacrifice some features for an affordable price, and being able to connect the Helios 300 to multiple monitors via DisplayPort is one of those axed features. Otherwise, you get one USB 3.0, two USB 2.0, an HDMI, Ethernet, and a USB 3.1 Gen 1 (but not Thunderbolt 3) Type-C port.

You might be wondering how the battery life of a chunky, 2.5 kg laptop fares with a discrete GPU and a six-core processor. Pretty fair I’d say, using it conservatively with the brightness turned down and keyboard backlit on, I managed to squeeze around five and half hours of usage of standard, non-gaming productivity work.

All in all, I didn’t expect the Helios 300 to do well with battery life anyway. However, most high-end gaming laptops rarely reach more than six hours away from an outlet, so the Helios isn’t too far off from them… It’s an affordable gaming laptop — and a damn good one at that!