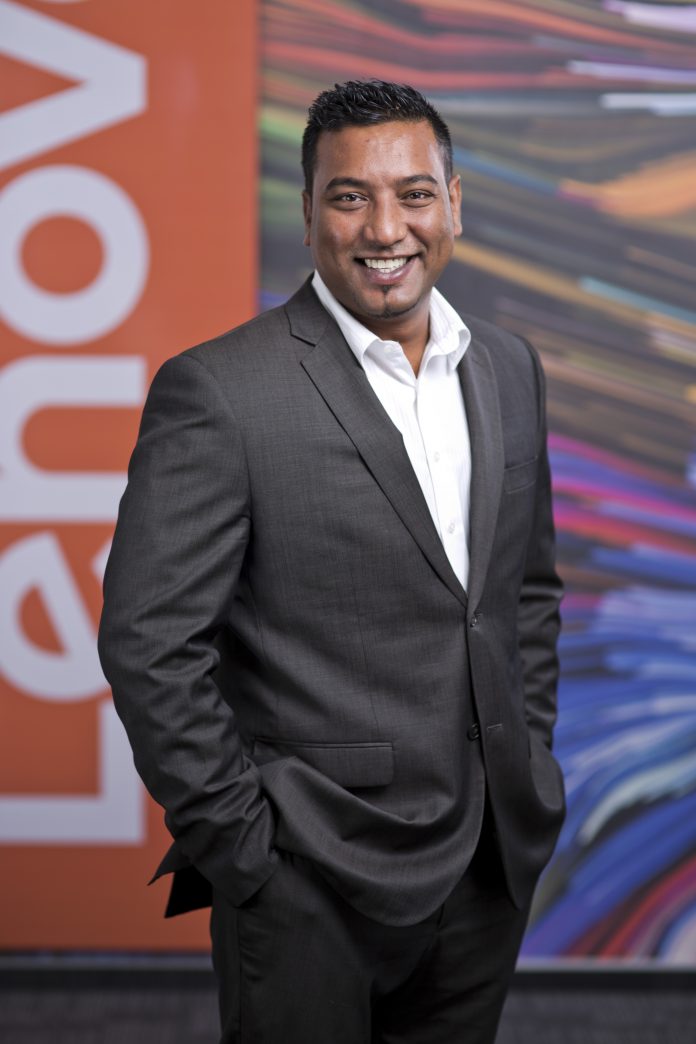 2020 was undoubtedly a rollercoaster of a year. We have experienced a rapid increase in digital transformation. We have seen more in the past few months than we have in the last two years. While most of this has been driven by the need for corporate South Africa to adapt to remote working policies and structures, the impact of South Africans being cooped up in their homes for countless months has also driven the demand for online gaming to new heights.

While the South African gaming industry might not be comparable to that of the European, Chinese and American gaming markets, it is most definitely on the rise, and South Africa’s lockdown has bolstered it to new levels. This means that the gaming sector in South Africa is now poised for immeasurable success and boasts an impressive growth trajectory.

Lenovo Southern Africa’s Consumer Business Lead, Yugen Naidoo, shares his insights on the gaming industry in the country, and exactly where this industry is headed.

The impact of lockdown on South Africa’s gaming sector

Lockdown has made gamers embrace their passion even more, and is now one of the fastest and highest growing market segments in the consumer PC market in South Africa. In March 2020, when our president Cyril Ramaphosa implemented a nationwide lockdown, this saw our gaming sales coverage increase by over 30%. According to Verizon, global video game internet traffic has gone up by approximately 75%, compared to meagre increases of 12% in digital video traffic and 20% in web traffic. In addition to this, there has been a massive spike in Esports and Twitch’s viewership, the stats of which have almost doubled since last year.

Naturally, we at Lenovo are energized to see the growth in this segment as we are currently the number one gaming PC brand worldwide and continue to innovate and develop tailor made gaming products to cater to this market. The highest percentage of our gaming laptops is sold to students and designers who generally want to play games but also crave that versatility to be able to use their devices for educational or work purposes. Now more than ever, these devices need to strike the perfect balance between power and cost effectiveness, which is exactly what our devices do. For example, we offer the leading gaming laptop series in South Africa, the Lenovo Legion series. This range is cost-effective and has an extremely high quality and durable build spec. Of course, one of the biggest pull factors of our Lenovo Legion series is the fact that it offers a harmonious intersection of specs that make it the ideal machine for work and play. The versatility of this range is enabled by various factors such as its sleek, professional look, high resolution and unrivalled processing speeds.

The gaming industry is going to continue to grow as South Africa’s infrastructure continues to evolve. This prediction is backed up by a recent report published by Statista which states that the entire PC gaming market in South Africa is estimated to be worth 749 million South African rand in 2023, a 12% increase in value from 670 million in 2018. This growth will be fueled as more and more consumers begin to join leagues to show off their talents and compete with their colleagues and friends. With that being said, player participation in local leagues is quite low at the moment as South African Esports leagues do not generally incentivise many teams to participate. The global trends will follow though, and we hope to see more participation and more frequent and structured platforms for players to showcase their skills in the near future. It is definitely a huge gap in the market and serves as a great opportunity for growth.

Another big trend we have witnessed is that gamers in South Africa are moving to social gaming, the free-to-play revenue model with downstream in-game purchases. Lastly, when it comes to technological trends in the industry, NiVidia’s ray Tracing Technology has brought a heightened realism to online gaming, which is making gaming more immersive than ever before. Of course, the Lenovo Legion range also offers endless benefits for these social gamers and enables them to keep up with the latest trends. For example, the Legion Coldfront Cooling System uses a dual-fan thermal design to keep gamer’s laptops cool whilst they’re gaming on-the-go with friends. Similarly, the recently-unveiled Lenovo Legion TrueStrike keyboard has one hundred percent anti-ghosting, sub-millisecond response times, and soft-landing switches resulting in unheard of accuracy and the feel of superior key travel – allowing players to a physically feel a more tactile and life-like gaming experience

The biggest difference between console gaming and PC gaming

Console gaming is primarily used for Esports and first-person shooter games. This segment is primarily based around the purchase of a physical disk that you load to enjoy your game. The interaction with the platform could be seen as simpler as it is an almost ‘plug and play’ set-up. The console connects to a monitor or a TV set, a disk is loaded and the game is ready to be played. Recent advancements in this platform have brought online gaming to this gamer space.

However, one major disadvantage of this platform is the longevity of the technology. With everything packaged into one box, the ability to upgrade and make improvements to the performance and hardware is limited. The advancements of the games themselves are not limited and as games become more resource hungry to improve the experience, the console will become slow and problematic.

PC gaming covers all forms of gaming, from adventure, strategy through to first-person shooter and e-sports.  The PC-based games are also primarily online downloads, so to access the latest greatest games is generally quicker than waiting for a physical disk launch. PC gaming then also offers a higher level of flexibility to upgrade the hardware to improve performance and keep up with the increasing demand of the games. Laptop gaming is a bit more restrictive than that of a custom-built tower; however, the technology available in most gaming laptop is already superior to that of a gaming consol.

The future for PC gaming in South Africa

There is a great future for PC and console gaming in SA. Infrastructure improvement made to the country’s fibre network is making gaming more accessible than ever before. Universities and colleges are now even offering gaming courses as subjects so that individuals can learn more about gaming and game creation. For example, the University of Cape Town offers a Bachelors of Computer science with a specific focus on Computer Game Design, whilst Wits University offers two game design courses, depending on which side of the process gamers wish to be involved in. Firstly, Wits’ School of Electrical and Information Engineering offers a 3 year degree called a Bachelor of Engineering Science in Digital Art – BEngSc (Digital Art), and the Wits School of Arts offers a Bachelor of Arts in Performing and Visual Arts majoring in Game Design. All of these programmes aim to give the student as much information, expertise and technical knowledge into the development of games and gaming software, so that they can contribute towards the continued development of gaming and eSports on the continent.

There are a few gaming leagues and conferences in place to help gamers make the progression into professional gaming in SA. Some of our gaming teams in South Africa do compete globally and I really encourage these teams to continue to educate and introduce more gamers into their communities.

Internationally there are players who have earned in excess of $3 million in prize money for the year and we are really hoping that our local South Africans will be able to get to this level of professionalism and stamp their authority on a global scale. One of our Field Account Managers at Lenovo is an avid gamer and reminds me every day that his goal is to become a professional gamer. But in order to be the best, he says, you have to practise like a professional football player or golfer. There’s a saying that goes: “The more you practise, the luckier you will get!” Esports uses the same principles and I am confident we will soon have the next Messi or Tiger Woods Esports equivalent come out from South Africa.

Some interesting facts about gaming