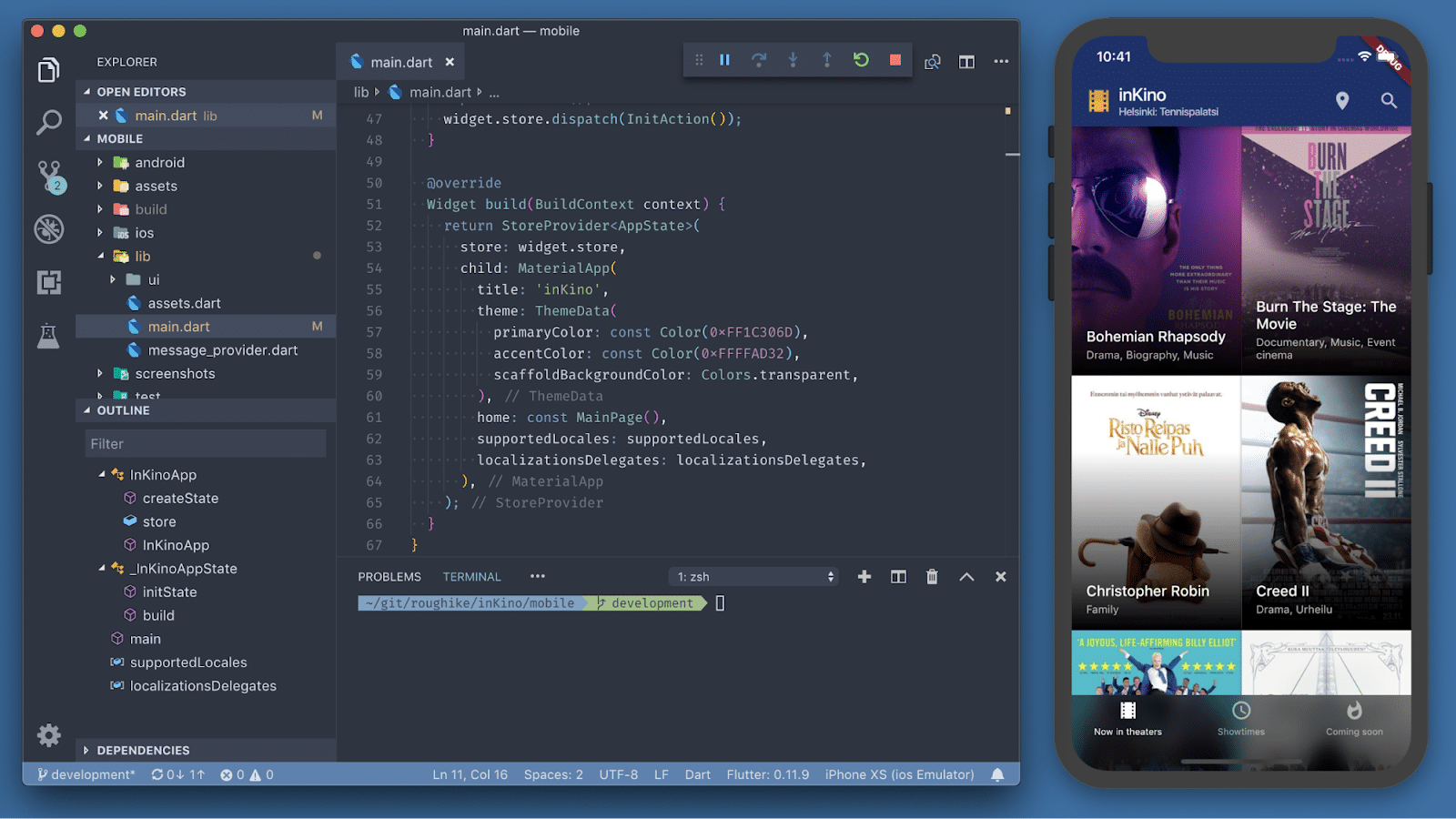 UI elements can take advantage of GPU rendering with Flutter using the same Skia 2D graphics engine as Google and Android. Flutter also compiles natively to 32-bit or 64-bit ARM code for both Android and iOS.

Flutter does this without handcuffing developers to a narrow selection of visual elements, unlike other cross-platform toolkits. According to Google, Flutter gives developers the privilege of controlling every pixel of the screen, and comes with tools that let designers insert and animate graphics, videos, text, and app controls.

Another helpful innovation in Flutter is called “stateful hot reload,” which allows developers to adjust and tweak the design of their apps in real-time, without having to reload or rebuild their codebase. An added bonus of this is that you can update without losing the state of the app.

Another tool, Flare, from 2Dimensions, allows developers to create and embed vector animations within a Flutter app, and then manipulate them with code. This essentially consolidates the design and animation process into a single workflow.

Flutter 1.0 is available from today. If you’re tempted to get your hands dirty, you can download the framework here.