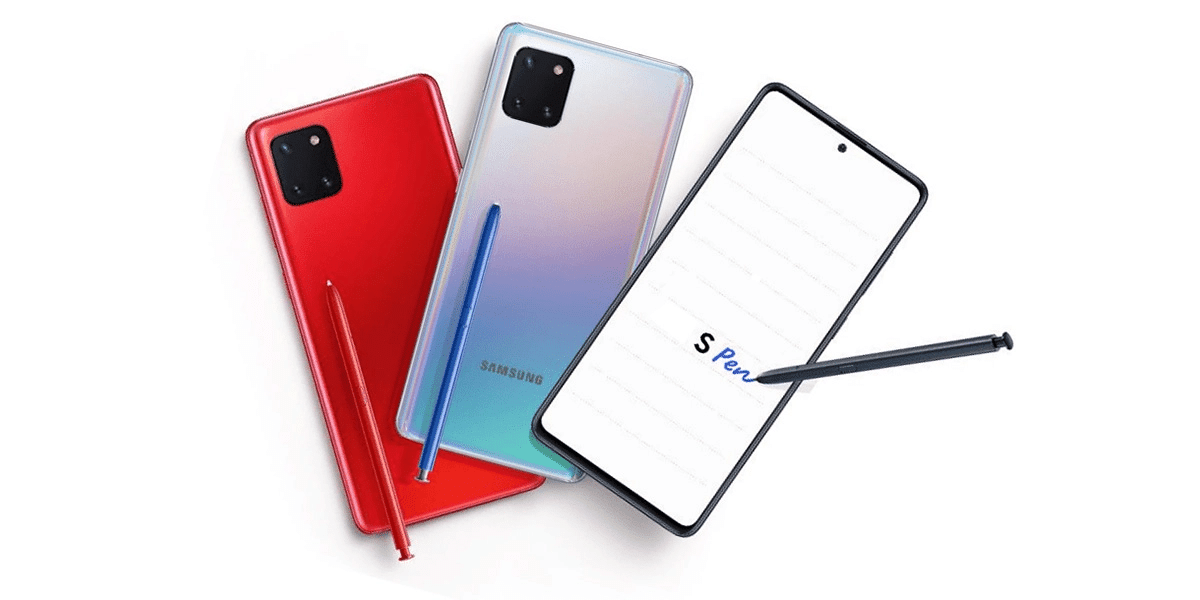 The Samsung Galaxy Note 10 Lite is expected to become official next month, however, speculation around the device has been coming in thick and fast! After appearing in alleged official renders and even having its asking price surface online, a specifications list of the device has now made their way out. The Galaxy Note 10 Lite is expected to feature the in-house Exynos 9810 SoC, a generation old chipset from Samsung that was packed inside the Galaxy S9 duo. The phone is said to come equipped with a triple rear camera setup and is set to go on sale from the 10th of January 2020.

According to a report by WinFuture, the Galaxy Note 10 Lite will feature a flat 6.7-inch full-HD+ (1080 x 2400 pixels) HDR AMOLED display with a hole-punch, pixel density of 398 ppi, and blue-light filter. The device is said to run Android 10 with the One UI 2.0 skin on top, and as mentioned above, will be powered by the Exynos 9810 SoC clocked at 2.7GHz. The in-house SoC will be paired with 6GB of RAM and 128GB of UFS storage that can further be expanded via a microSD card (up to 512GB).

Galaxy Note 10 Lite is said to pack a triple rear camera setup that will include a 12-megapixel main camera with an f/1.7 aperture and dual pixel autofocus, assisted by a 12-megapixel ultra-wide angle shooter with an f/2.2 lens, and a 12-megapixel telephoto camera with 2x optical zoom support. On the front sits a 32-megapixel selfie camera with an f/2.0 lens, however, there is no word if there is OIS onboard. Camera features include 4K video capture at 60fps and ultra-slow motion mode as well. And being part of the Galaxy Note-series family, the device will also come with an S Pen with 4,096 pressure sensitivity levels, latency of less than 70ms, and translation feature.

The Galaxy Note 10 Lite is also expected pack a 4,500mAh battery with support for the proprietary 25W Samsung Fast Charging technology, but will unfortunately miss out on wireless charging support. With regards to connectivity options, the Galaxy Note 10 Lite will include 4G LTE, Bluetooth 5.0, NFC, dual-band Wi-Fi ac (2.4 + 5.0 GHz), a 3.5mm headphone jack, GPS, GLONASS, Beidu, Galileo, and Wi-Fi Direct, while an in-display fingerprint sensor is there for authentication. Sensors on-board include an accelerometer, barometer, compass, brightness sensor, proximity sensor, and gyroscope.

Samsung’s upcoming Galaxy Note 10 offering will reportedly be priced at EUR 609 (approximately R10 000) and will go on sale in Europe starting on the 10th of January 2020. There is no word on the Galaxy Note 10 Lite’s availability in South Africa as yet.