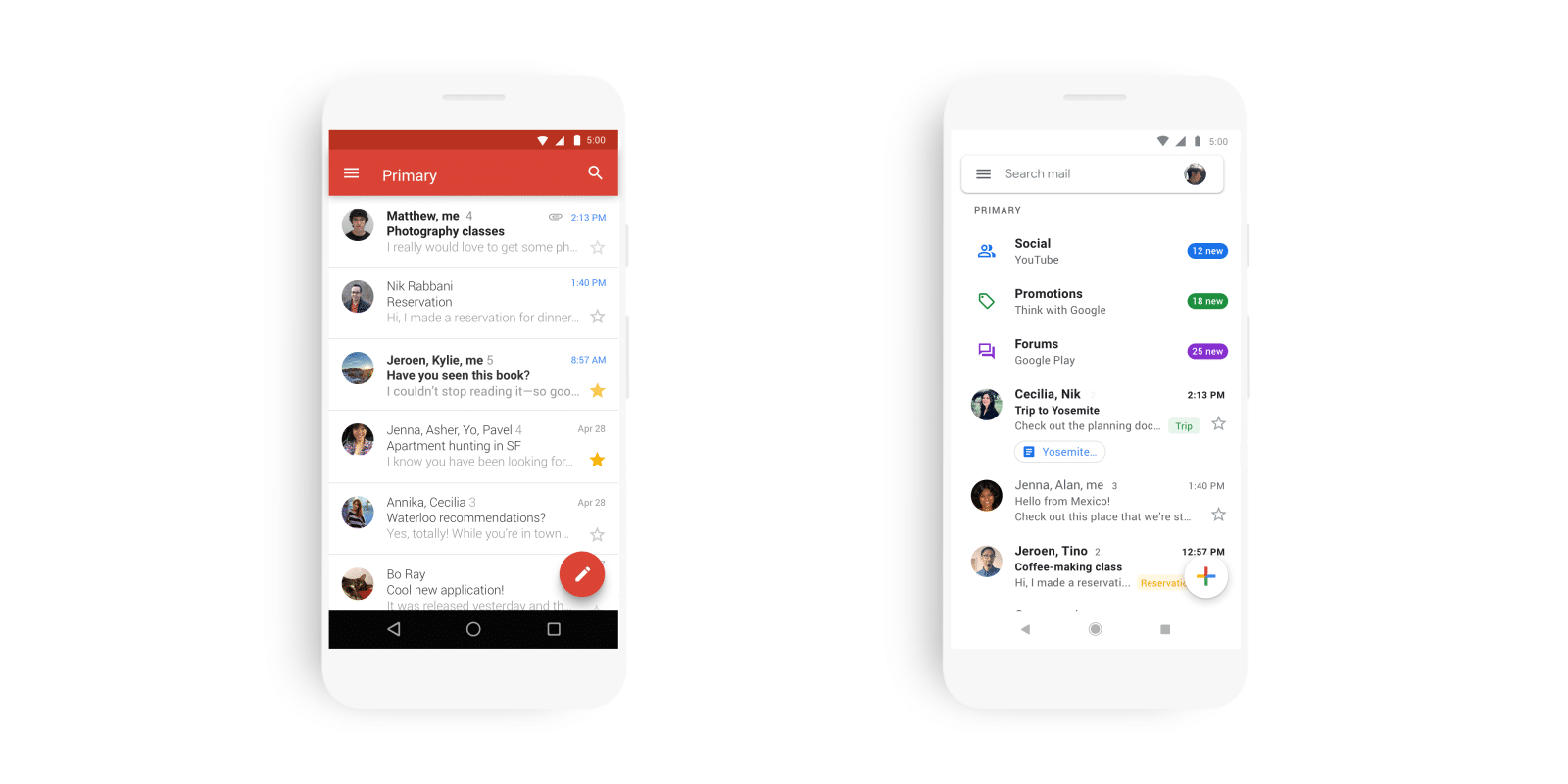 Google’s Material theme is slowly making its way onto all of its software products. A week ago, Google rolled out the theme for Gmail on Android, bringing a new look to the app following the new design language of the Material theme. Now, Google is rolling out a similar theme change even for its Gmail app on iOS, so iPhone and iPad users on Gmail will see the change on their apps starting this week.

With iOS, the Gmail app is being updated as a server-side update, which means that users won’t have to manually update the app to get the new theme. This also means that users will automatically receive the update even if they haven’t updated to the latest version of the app. This change will take a few days to be visible for everyone using Gmail on iOS.

The new Material theme does away with the red bands and colourful appearance of the app, replacing it with the whiter appearance of the new theme. This also includes the new font, compose button and changed method for switching accounts within the app. The white colour is said to make it easier to find emails, while searching for specific mails or attachments is also a key feature of the new Material theme.