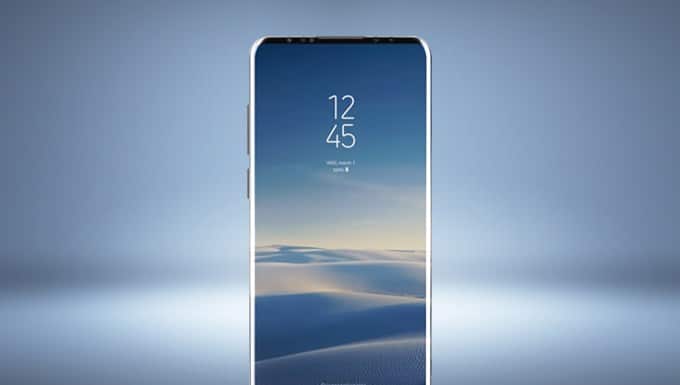 While the Samsung Galaxy S10 is not likely to debut anytime before CES 2019, the rumour mill has its existence for some time. It was recently speculated that the next flagship Galaxy handset could come with an in-display fingerprint sensor. Now, a fresh report from South Korea claims that the company has confirmed to its industry partners that it will deploy an in-display fingerprint sensor on the next Galaxy S series model. It is also separately reported that the smartphone will come with an under-display speaker technology, similar to the one featured on the Xiaomi Mi Mix back in October 2016. The Galaxy S9 successor is additionally rumoured to sport a triple camera setup.

Samsung Display and industry partners have started working on embedding in-display fingerprint sensing on the Galaxy S10, reports ETNews. Qualcomm is said to be the supplier for an ultrasonic fingerprint sensor that will enable the new experience.

It is reported that Qualcomm’s ultrasonic fingerprint sensor on the Galaxy S10 will be hidden under the Super AMOLED panel that will supposedly come with an Infinity Display design. Further, the report from the South Korean source claims that Samsung has been observing the in-display fingerprint sensor since the development of the Galaxy S8. However, it appears that the Galaxy S10 will ultimately be the blessed model in its family to feature the advanced experience.

Unlike the existing in-display fingerprint sensor, the ultrasonic sensor is expected to be more accurate in nature and will recognise the fingerprint by transmitting an ultrasonic pulse against the finger. This will help map the pores and ridges that are distinctive in each fingerprint. Similarly, the sensor will collect additional depth data for accurate 3D reproduction of fingerprints. It was previously reported that in addition to Qualcomm, Samsung is working with Synaptics and Taiwan’s Ezestek.

Apart from the in-display fingerprint sensor, folks at AndroidHits claim that the Samsung Galaxy S10 will come with a piezoelectric speaker that will be available under the display and will use piezoelectric vibrations to emit sound through the screen to your ear. Xiaomi used a similar type of technology on the Mi Mix. However, AndroidHits reported that Samsung will call its technology Sound on Display.

We can easily presume that the handset will have a full-screen frontal panel with no earpiece if it would come with the piezoelectric speaker. Having said that, it is interesting to see how Samsung will incorporate the futuristic solution as Xiaomi dropped the early adoption and eventually switched back to a more conventional earpiece on the Mi Mix 2.

Meanwhile, a separate report by The Investor highlights that the Galaxy S10 will come with a triple camera setup that will include a 3D sensor. This will match the iPhone X Plus that is also rumoured to have three image sensors on the back. However, the presence of the 3D sensor on the next Galaxy S series handset is said to offer 3D content recording and augmented reality (AR) experiences in addition to enhanced zoom and better low-light performance.

The Huawei P20 Pro debuted in March with a triple camera setup that included a 40-megapixel RGB sensor, an 8-megapixel sensor with a telephoto lens, and a 20-megapixel monochrome sensor. This might be the reference setup for the Galaxy S10, though we are yet to see the real picture, of course.