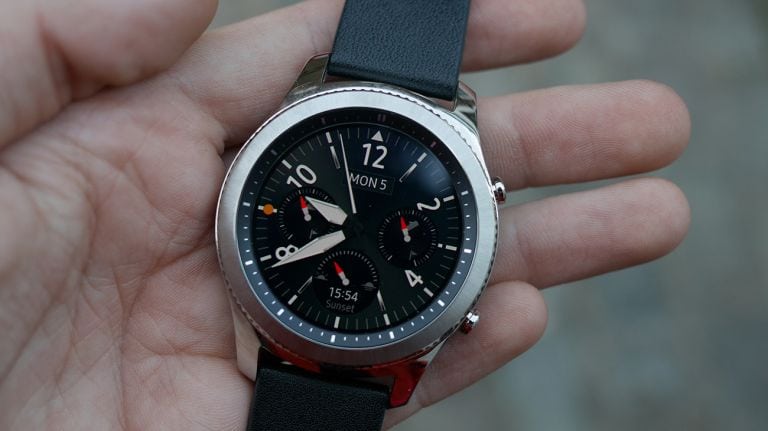 The upcoming wearable that is rumoured to debut alongside the next-generation Galaxy Note model is said to run Google’s Wear OS unlike the Gear S3 that was launched last year with Samsung’s Tizen OS. The next smartwatch by Samsung is also said to offer UX interaction that might replace the original rotating bezel experience that debuted on the Gear S2 back in January 2016.

The Galaxy Gear S4 could also be named as the Galaxy Watch. This is expected to have a 470mAh battery that could last longer than the Gear S3 battery that had a capacity of 380mAh. The new Samsung wearable will offer blood pressure monitoring in addition to other fitness-focused features.

Contrary to what has so far been reported about the Gear S4 or the Galaxy Watch, the Gear S3 debuted with an MIL-STD-810G rating build and sported a rotating bezel that allowed users to pick a phone call or snooze an alarm simply by rotating the dial – without touching the display. Samsung also offered built-in GPS on the Gear S3 that we can safely expect on its successor as well. Likewise, similar to the Gear S3 Frontier model that had 3G/ LTE support, the next-generation Samsung smartwatch could have e-SIM support to enable LTE connectivity. This may be similar to the Apple Watch Series 3 which enables a standalone telephony experience.

Samsung hasn’t revealed any details about the Gear S4. However, a report last month reported that the Gear S4 will come alongside the Galaxy Note 9 on 9th August 2018. The smartwatch is said to have a PLP processing chip that will help manage the cost of production and thickness of the hardware. Moreover, it is expected that the Gear S4 price could be lower than the price of the Gear S3.