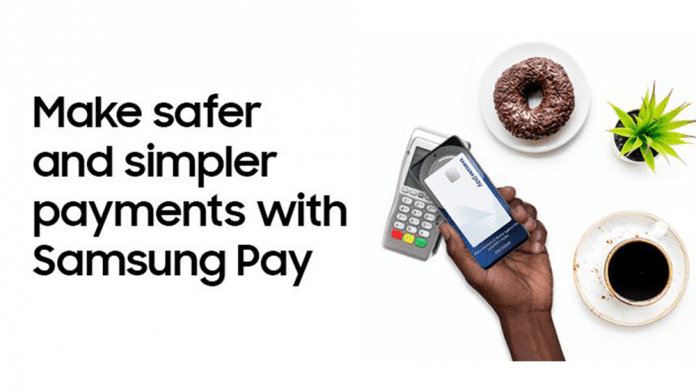 Over an unprecedented year, Samsung Pay has amplified its expansion of contactless payments through significant growth in South Africa. Having already reached the three million transactions mark, Samsung Pay has now achieved another major milestone with its introduction on Gautrain. Commuters can now make use of the Tap & Go convenience of Samsung Pay as they travel using a Galaxy device or watch.  There will be no need to preload a Gautrain card when you use the Samsung Pay system.
“This is another major milestone for Samsung Pay and for all South Africans looking for a safe and secure way to make payments on the go. The introduction of Samsung Pay aboard the Gautrain is a wonderful example of our ability to adapt and grow during this New Normal and beyond. It’s great to see Samsung leading the way at a time when there is a major focus on health and security. The convenience of the platform will have long-term benefits for the country, “Kagiso Khaole, Head of e-commerce and Services at Samsung South Africa.

Contactless payment has been prevalent and popular over the years internationally, and now we are seeing the same trend locally, with how South Africans have enthusiastically embraced Samsung Pay. Its benefits have of course come into the spotlight recently with the need for social distance, sanitise our hands and limit human contact. The system allows users to load their bank cards and store loyalty cards and adds even more convenience with the ability to use it on Gautrain with over 40 Samsung Galaxy smartphones and watches – making their journey a breeze.

As a pioneer in the category, South Africans placed their trust in the system early on. The impressive growth of Samsung Pay locally is fuelled by the need for enhanced security, simplicity and convenience. Additionally, Samsung Pay offers users monthly competitions, allowing customers to win prizes for simply paying at their favourite stores with Samsung Pay. Customers can also buy prepaid vouchers for electricity, mobile airtime/data, gaming and multimedia streaming services like Netflix, Showmax and Spotify as well as the offer of a Newsstand subscription, which provides access to thousands of magazines and newspapers for a monthly subscription of R90 per month. Samsung Pay customers gain instant access to the multitude of titles both local and international, accessible from any device with a shelf value of approximately R45 a magazine, including categories of automotive, arts, health, sport, family, financial and entertainment to mention a few.

The popular payment solution has enhanced the way we pay, via the ability to use multiple payment cards from our banking partners in one digital wallet, with our network now including ABSA, Standard Bank, First National Bank, RMB Private Bank, Discovery Bank, Investec, Nedbank, Virgin Money and British Airways.  Store loyalty cards can also be added to Samsung Pay on Galaxy devices, for additional convenience – making a traditional wallet far less necessary and checkout even quicker.

Security is one of the biggest concerns in payment systems and consumers can rest assured that Samsung Pay comes with an additional layer of security know as Samsung Knox, a set of security features pre-installed in most Samsung smartphones, tablets and wearables to provide our consumers with peace of mind. Samsung Knox technology constantly monitors your phone to keep your information safe while every purchase uses an encrypted digital token for added security, so your actual card number is never stored or used during a transaction and your token information is encrypted in a separate and secure data vault at all times. Ultimately, Samsung Pay has re-imagined the way we pay.