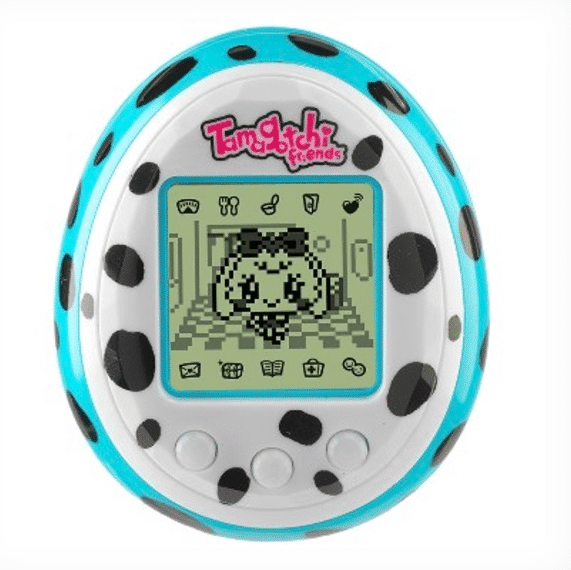 Bandai, the company behind Tamagotchi, is updating its 17-year-old toy that caused a craze in its time. The new version, called Tamagotchi Friends, features a cast of different characters rather than a single pet. The new Tamagotchis are no longer black and white blobs, but look more like Hello Kitty with bigger eyes and mouths.

The look isn’t the only thing to get updated. According to the gadget website Pocket-lint, the new toys will also communicate with one another. Tamagotchis from one device can send text messages to other devices, as well as go on playdates and earn in-game points to be redeemed for virtual meals and jewelry.

But Bandai is also looking beyond the egg-shaped toys to appeal to a new generation of kids. The company will also release Web videos chronicling the lives of the Tamagotchi Friends. Pocket-lint reports that while the new toys will be available in December for the United Kingdom, the United States won’t get their first shipments until Fall 2014.

The new look may entice the kids, but may grate on adults. Those who want to relive their elementary or middle-school memories of raising a virtual pet can still satiate their nostalgia cravings. The Tamagotchi L.i.f.e. app, available on both Android and iOS, lets you play with the original pets for free.