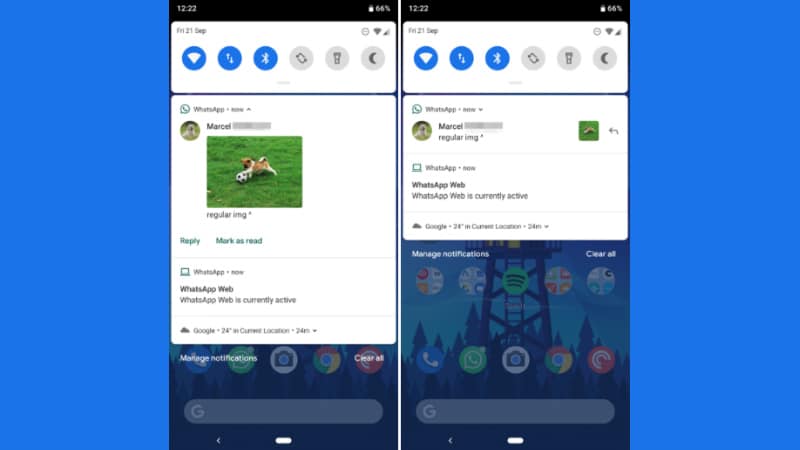 The change was spotted by Android Police with Android beta v2.18.291. This feature will only work on a device running Android 9 Pie, and it will allow the WhatsApp image notification to expand and collapse to show the picture’s preview. The rest of text messages will show up as they used to above and below the image preview. This doesn’t work for GIFs and videos, and they still show up in a small icon notifying the user that they’ve received it, but those won’t be collapsible or expandable for preview. When an image is shared in a WhatsApp group, the photo still expands for preview, but when collapsed it shifts to the right, with the group icon sitting next to it.

As mentioned above, this feature will only work with Android Pie, and therefore all phones running on old Android versions or even Oreo won’t be able to see it in beta or after the stable release as well.