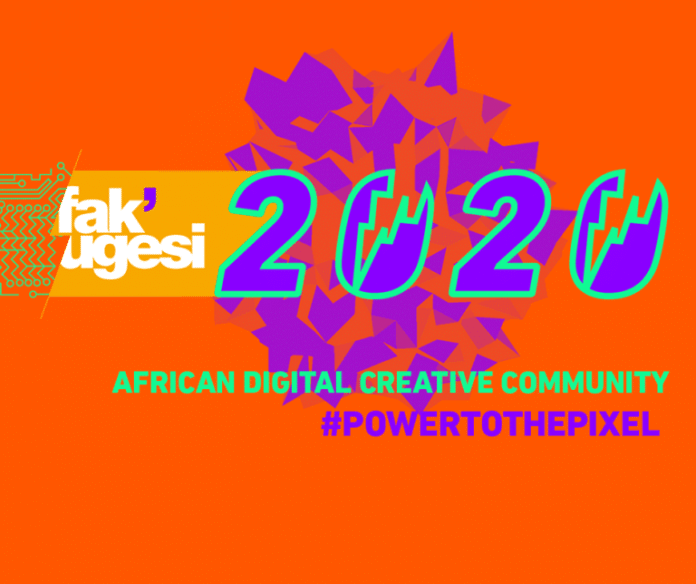 The Fak’ugesi Digital Innovation Festival 2020 programme, led by the Wits University’s Tshimologong Digital Innovation Precinct and Wits School of Arts in Johannesburg kicked off on 20 October and will run live and online until 20 November 2020.

Now in its seventh year, Fak’ugesi is a celebration of technology and creativity by Africans for Africa. Under the theme #POWERTOTHEPIXEL, the 2020 festival brings regional and international audiences together to connect on three areas – AFRICAN DIGITAL ART, HERITAGE & TECHNOLOGY and the ever-popular gaming-centred FAK’UGESI ARCADE.

This year, Fak’ugesi Festival, in partnership with the French Institute of South Africa, together with the Gauteng Film Commission, have invited Vic Bassey to curate a special programme titled PEOPLE OF PLAY: African Game Developers, which focuses on 13 top African games studios and a Game Jam driven by the French Institute of South Africa’s November Numérique focus. The Festival will also host Early Access – a department grad show, hosted in collaboration with Wits University’s Digital Arts Department, featuring games, interactive arts, and animation.

Vic Bassey is the curator of the People of Play programme. He is a regular fixture in the European and African games industries and currently works as a Business Development strategist at a global publisher – Raw Fury. He is also the founder and editor of Games Industry Africa. Bassey says, “In an increasingly digital world, video games have established themselves as a pastime that is easily accessible and digestible to people of all creeds, races and colours. To celebrate that and to acknowledge its growing foothold across the African continent PEOPLE OF PLAY: AFRICAN GAME DEVELOPERS celebrates the spaces they are creating for us to play in and the people behind an essential industry today: game developers, producers, writers and digital artists and more.”

The 2020 Fak’ugesi Arcade aims to raise the profile of the people and studios across the continent at the forefront of the African gaming revolution. The 13 top African games studios represented include: