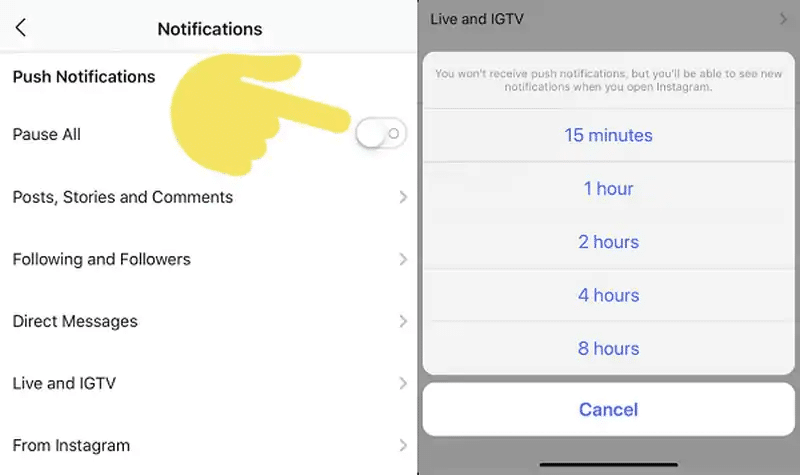 Instagram is rolling out an option which will give its users more control over their notifications. The option would mute app notifications for a chosen period of time – much like WhatsApp’s mute feature.

The option is known as ‘Pause All’, the feature would switch off notifications for anywhere up to eight hours.

The feature has so far been rolled out on iOS and the beta app on Android.