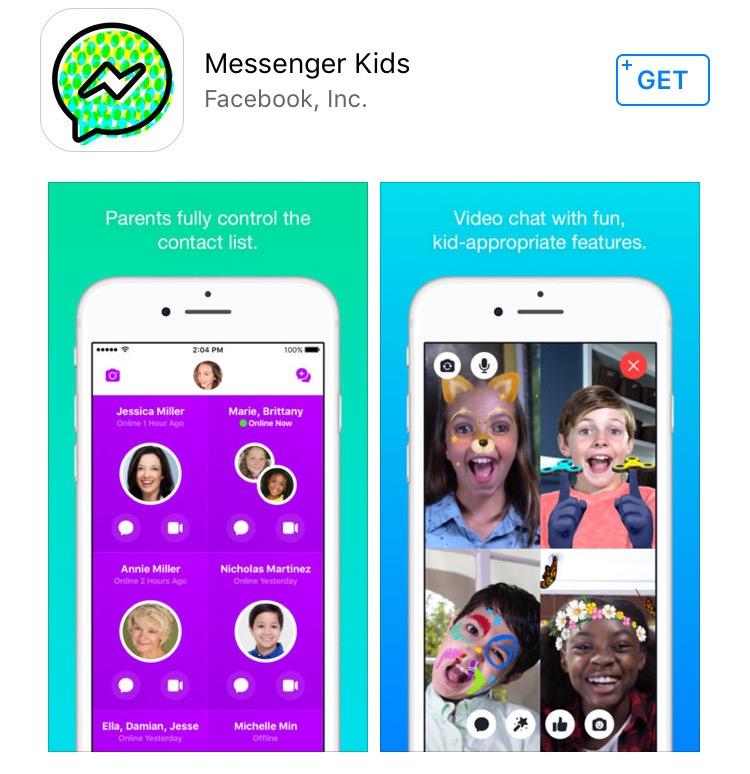 Yup! You read that correctly! Facebook is indeed coming for your kids. Facebook has decided to launch a messaging app for children to chat with others approved by their parents.

The free app is aimed at kids under the age of 13, who can’t yet have their own accounts under Facebook’s rules, though they often do.

Messenger Kids comes with a variety of controls for parents. The service won’t allow children to add their own friends or delete messages – only parents can do that. Kids will not get a separate Facebook or Messenger account as this will just be an extension of their parent’s account.

While children do use messaging and social media apps designed for teenagers and adults, those services aren’t built for them, said Kristelle Lavallee, a children’s psychology expert who advised Facebook on designing the service.

“The risk of exposure to things they were not developmentally prepared for is huge,” she said.

Messenger Kids, meanwhile, “is a result of seeing what kids like,” which is images, emoji and the like. Face filters and playful masks can be distracting for adults, Lavallee said, but for kids who are just learning how to form relationships and stay in touch with parents digitally, they are ways to express themselves.

Lavallee, who is content strategist at the Center on Media and Child Health at Boston Children’s Hospital and Harvard University, called Messenger Kids a “useful tool” that “makes parents the gatekeepers.” But she said that while Facebook made the app “with the best of intentions,” it’s not yet known how people will actually use it.

As with other tools Facebook has released in the past, intentions and real-world use do not always match up. Facebook’s live video streaming feature, for example, has been used for plenty of innocuous and useful things, but also to stream crimes and suicides.

Federal law prohibits Internet companies from collecting personal information on kids under 13 without their parents’ permission and imposes restrictions on advertising to them. This is why Facebook and many other social media companies prohibit younger kids from joining.

Facebook said Messenger Kids won’t show ads or collect data for marketing, though it will collect some data it says are necessary to run the service. Facebook also said it won’t automatically move users to the regular Messenger or Facebook when they get old enough, though the company might give them the option to move contacts to Messenger down the line.