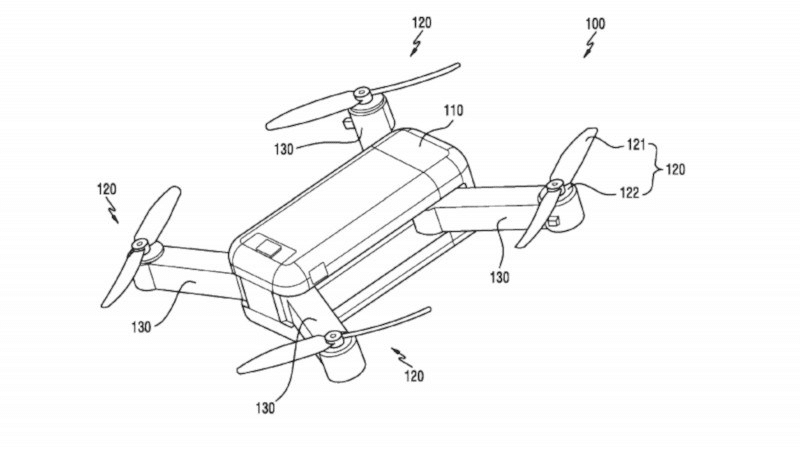 If a recent patent application is actually true, then we could soon see Samsung drones hitting our shelves! According to a report, Samsung is working on a foldable drone that will include features like a camera, gyroscope, accelerometer, and a barometer. There is no word on a release date as yet, however the company does seem to be serious about the drone market as it has gotten as many as five drone-related patents this year alone.

As per a United States Patent and Trademark Office (USPTO) patent application, Samsung plans a foldable drone. The drone arms, on which the propellers will be fixed, can be folded and unfolded against the main body. The housing structure of the drone seems to be comprised of two compartments, which join together to form a compact unit.

The patent suggests that the Samsung drone will have the usual capabilities, like the support to wirelessly control it using a smartphone, tablet, or PC. This drone may also feature support to control it via other electronic devices like home appliances such as washing machine, wearable devices, body implants, and more.

Samsung’s drone will also be sensor heavy, with the likes of gyroscope, barometer, compass, ultrasonic, temperature, light and ultraviolet sensors present in the device.