FUJIFILM South Africa is proud to announce the launch of the FUJIFILM X-T4, the flagship model of the X Series range of mirrorless digital cameras and the long-awaited follow-up to 2018’s impressive X-T3. 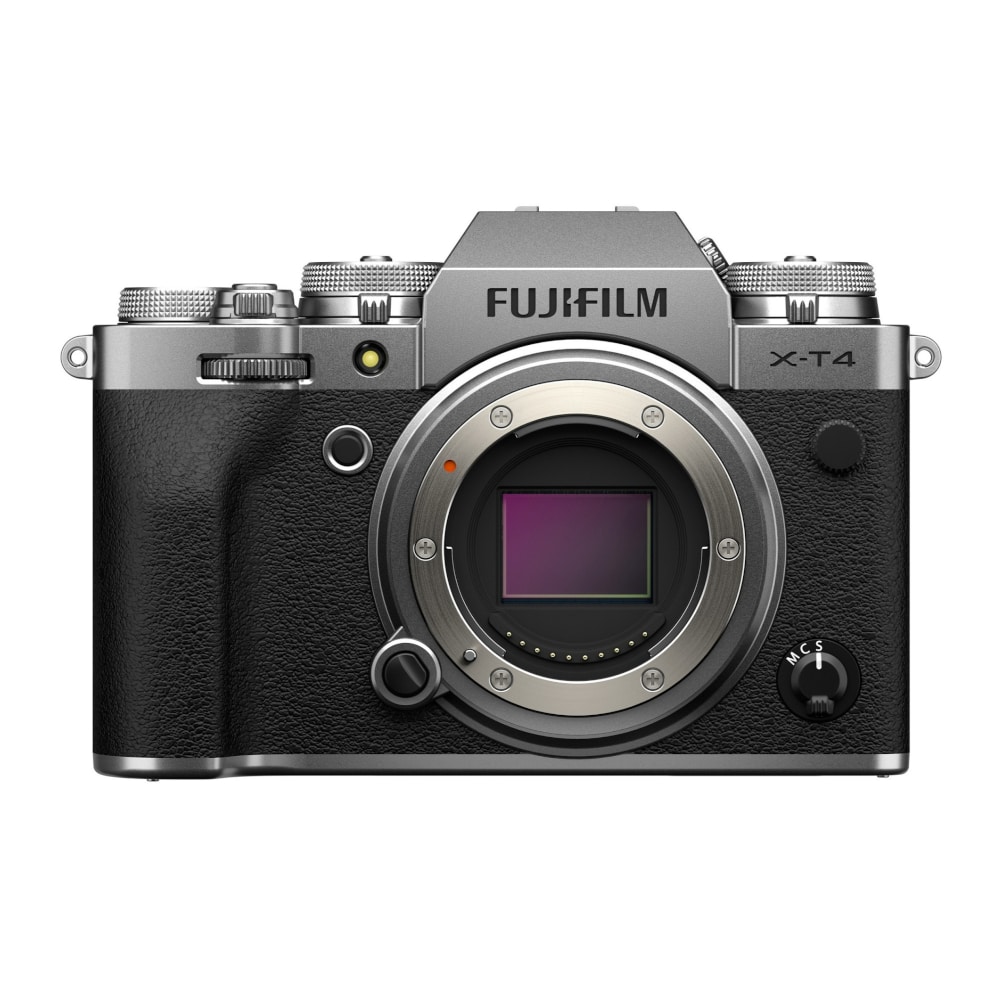 The X-T4 is the pinnacle of the X Series, delivering exceptional performance for both stills and video. As the leader of the pack, the X-T4 sports both a new 26.1MP sensor and processor: the back-illuminated X-Trans CMOS 4 sensor and a high-speed X-Processor 4 image processing engine.

Importantly, the X-T4 offers a number of key improvements, including in-body stabilization (IBIS), a newly designed shutter, improved autofocus (AF) as well as a stronger battery.

IBIS takes care of the shakes

IBIS is a first for the X-T series and could previously only be found on the Fujifilm X-H1. This provides 5-axis 6.5 stop image stabilization when used with 18 out of 29 XF / XC lenses; a refined layout of the shutter’s shock-absorbing structure; and newly developed gyro sensors that boast approximately 8x the detection accuracy of the IBIS unit in the X-H1.

The X-T4’s IBIS unit employs magnetic force rather than springs, which boosts functionality while making it approx. 30% smaller and 20% lighter than X-H1’s image stabilization unit.

To help improve the shooting experiences, there’s also an ultra-fast focal plane shutter unit, newly developed for the X-T4 to be durable and quiet. With its high-torque coreless DC motor, the shutter has the capability to shoot up to the world’s fastest*1 15fps in burst mode, and has advanced response performance with a shutter release lag of just 0.035 seconds.

The shutter unit also boasts double the durability with 300,000 actuations*2 and is 30% quieter compared to the one found on the X-T3.

A fast shutter will not help if autofocus fails, and the X-T4 features a new algorithm and phase detection processing capability which results in AF performance as fast as 0.02 seconds. Tracking AF performance has also undergone serious enhancement, with the tracking success rate now double compared to the X-T3. To help with portraiture and ease of use, the Face / Eye AF performance has also been dramatically improved.

The X-T3 is a top performer when it comes to video, with the X-T4 continuing this legacy, capable of recording Full HD high-speed video at 240P and 4K at 60P. Video output to external storage media via the HDMI port is at 4K/60P 4:2:2 10bit, which records more colour information. For even greater stability and smoothness, the IBIS can be combined with the digital image stabilization function (DIS) for use in the video mode, for situations such as shooting video while walking.

Video in the same format can be recorded on to two SD cards at the same time as backup, while the stills and video modes now have separate menus and the video-only Quick Menu (Q Menu) has enhanced the camera’s simplicity while recording video.

There’s also a new ‘Movie optimized control’ function, with which users can switch the STILL / MOVIE mode dial on the top panel to swiftly shift into video recording with stored video settings, and exposure can be adjusted with the command dial as well as the touchscreen panel.

As always, FUJIFILM cameras offer unique colour reproduction technology, with a new Film Simulation mode for use in stills and video found on the X-T4. ETERNA Bleach Bypass simulates ‘bleach bypass’, a traditional processing technique for silver halide films, creating images with low saturation and high contrast for a special atmosphere. Moreover, on the X-T4 highlight and shadow tones from -2 to +4 can now be adjusted by 1/2 stops, instead of 1 stop, allowing for finer tonality.

Accessorise with the optional battery grip

The VG-XT4 vertical battery grip is dust- and moisture-resistant and operates at temperatures as low as -10 degrees Celsius. This optional accessory fits two batteries and when combined with a third battery in the camera body, delivers up to approx. 1,450 frames in the Normal mode and 1,700 frames in the Economy mode. When one battery runs out, the camera switches seamlessly to the next battery while continuing to shoot, even in the burst mode or during video recording.

An amazing imaging tool for both photographers and videographers, the FUJIFILM X-T4 is packed with improved performance all around, including IBIS, a new shutter unit and a large-capacity battery, all housed into a compact and lightweight body. It’s the embodiment of the core philosophy of Fujifilm’s X Series range of cameras.

The FUJIFILM X-T4 will retail in the region of R26 000 for the body, and R31 000 for the kit that includes the Fujinon 18-55mm f/2.8-4 zoom lens. At this stage, an official release date for South Africa is not available yet, although the X-T4 is expected to land in April.

Among mirrorless digital cameras equipped with APS-C sensor or greater, according to FUJIFILM data.

*2 According to Fujifilm internal testing.

*3 All the numbers of frames per charge are based on the JPEG format and using only the LCD monitor.