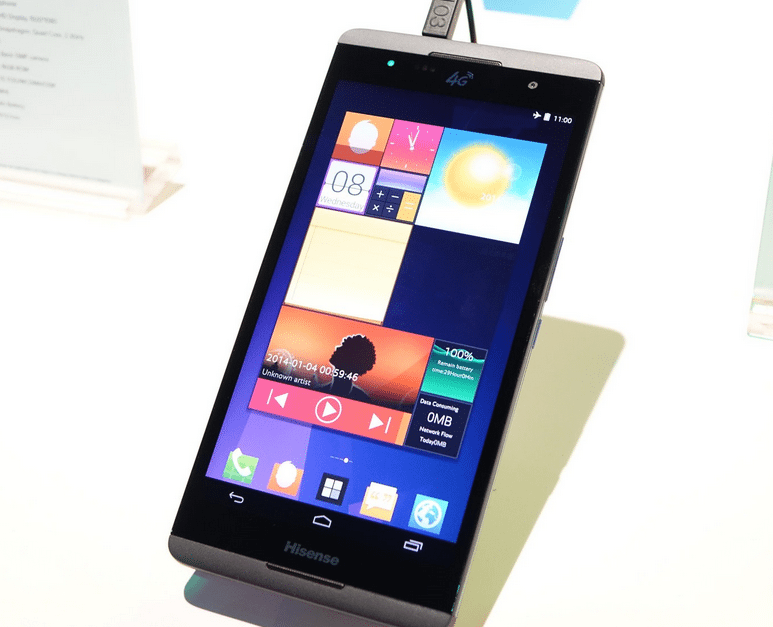 Hisense, the global manufacturer of premium consumer electronics and home appliances, has launched its latest addition to the smartphone market, the Hisense MAXE X1 phablet.

The unsurpassed component of the MAXE X1 is that it is no ordinary phablet as it has the sophistication of a sleek and trendy phone but the dimension and display quality of a tablet. It runs on Android 4.4 KitKat OS which results in a smooth operation experience.

This particular model is set to give competitors a run for their money as it is bigger than the average smartphone, and often recognised as a phablet due to its full High Definition capabilities and impressive size of 6.8”, which is surprisingly not as bulky as one may think.

The phablet’s superb shooting quality with dual cameras stems from its 5.0 Megapixel front-facing camera and a 13.0 Megapixel back camera. If expert precision is what is what you need in a camera, this phablet will exceed all expectations. It also includes a blue glass-light filter in the back camera which greatly enhances the picture quality too.

The phablet comes with a remote that looks similar to an old version of a cell phone however it is in fact a Bluetooth device with a dial-pad.  It also lists music and messaging features, and a small screen that ultimately provides for convenience where you have the phablet tucked away in your bag and still want to answer calls and respond to an SMS message.

Deputy General Manager of Hisense South Africa, Ebrahim Khan added, “Since launching the Hisense Prime 1 phone last year, Hisense has aggressively targeted the smartphone segment in South Africa in full force by releasing a mid-level device called the Hisense Infinity Pure 1, soon after. Taking it up a notch, the Hisense MAXE X1 phablet is now being launched and is correctly on par with many competing brands in the country, impressing with its most recent operating system, sleek exterior and high-tech features. In the next few months, we plan to expand on this mobile segment even further.”

In summary, the Hisense MAXE X1 phablet key features include:

In March this year, the handset won “Biggest phone of the year” by SemiAccurate.