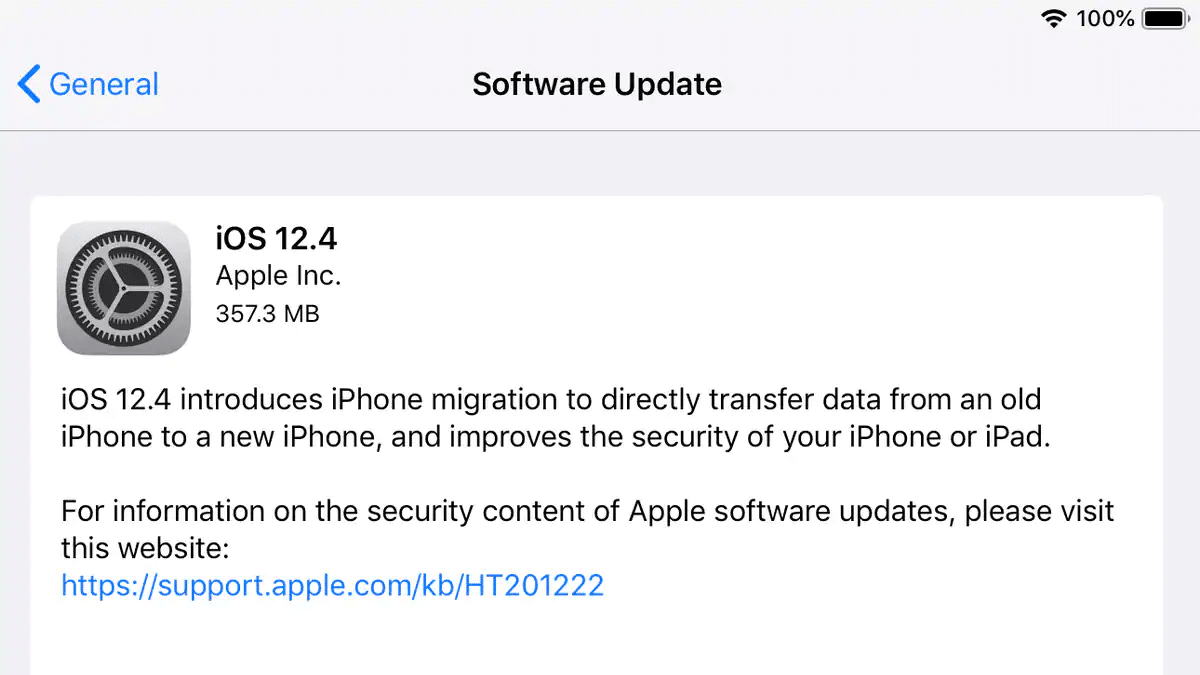 Apple has released iOS 12.4 for all compatible devices. iOS 12 has received its fourth major update since its initial release back in September last year. Apple had released iOS 12.3 around two months ago which introduced the company’s new TV app.

iOS 12.4 comes with a new feature that lets users transfer all their data directly and wirelessly from their iPhone to another iPhone during the initial setup. This will make it easier for users to migrate to a new iPhone model by directly transferring all their older data.

Besides this, iOS 12.4 also brings several enhancements to Apple News+. Users will now be able to access downloaded issues in the My Magazines section even while they’re offline. The News+ feed will now include all publications in Apple News+, including newspapers. Users can also clear downloaded magazine issues by going to History > Clear > Clear All within the app.

The update also includes a security fix, amongst other security updates, that patches a vulnerability that affected the Walkie-Talkie app on Apple Watch. Once updated, the functionality will start working again on the Apple Watch.