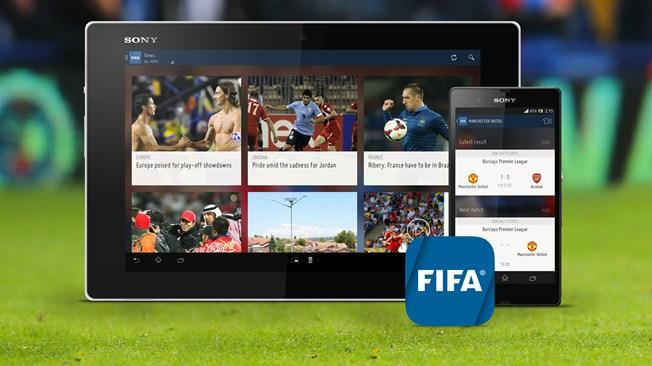 Not to be confused with the successful FIFA football game franchise, this smartphone and tablet app which lands on iOS and Android Monday is from the sport’s global governing body and arrives in time for Friday’s final draw for the 2014 FIFA World Cup. On December 6 soccer fans will be able to follow all developments live via the app and find out who their team faces in the opening round of the world’s most popular sporting event.

The first game of the 20th World Cup won’t kick off until June 12 at 5:00pm local time, Sao Paulo, but to keep potentially hundreds of millions of users occupied — FIFA expects the app to be downloaded 70 million times over the next two months alone — fans will be able to access up-to-the-minute news on over 200 domestic football leagues, from Serie A, La Liga, the English Premier League and the Budesliga in Europe to the Campeonato Brasileiro Série A in Brazil, the MLS in the US, and the J-League in Japan, plus all major women’s leagues.

Users can tailor the app to follow their favorite domestic clubs and national sides and to access video content as well as breaking news and live scores. Reflecting the global nature of the sport, the app is available in English, French, German, Portuguese and Spanish and of course, it wouldn’t be a soccer app without seamless social media integration. After all, what’s the most popular subject of discussion on Twitter? Football.

As well as live coverage of the draw on Friday, the FIFA app will also offer exclusive reactions from managers as the groups and games are announced.