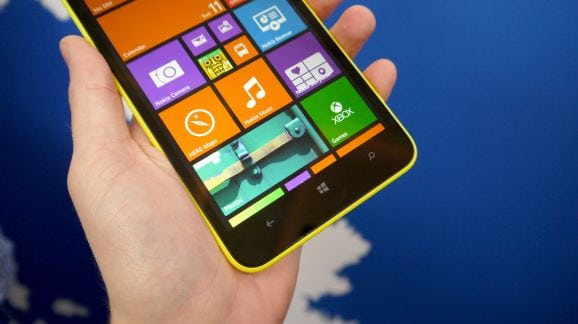 Microsoft has been rumoured to be working on a revamped Windows Phone 8.1, codenamed ‘Blue’, since long. Now new details of Windows Phone 8.1 have surfaced online that shed some light on some devices that will run the forthcoming operating system update as well as some of its new features. Popular phone tipster, @evleaks has revealed that two Nokia smartphones, codenamed Goldfinger and Moneypenny, will be the first devices to run Windows Phone Blue. @evleaks’ tweet reads, “Nokia Goldfinger and Moneypenny are shaping up to be the first Windows Phone Blue devices.” It’s worth pointing out that both code names are linked to the James Bond movies. In addition, The Verge in a report reveals that out of the two Nokia phones, Goldfinger is the flagship device. Further, the report quotes sources familiar with Nokia’s plans and notes that the Goldfinger will come with Nokia’s ‘3D Touch’ technology, which the company has been working on for long.

The report suggests that the rumoured ‘3D Touch’ feature uses device’s sensors to detect interactions that are off-the-glass. The Nokia Goldfinger is said to come hand gesture support which will let users navigate on a phone without touching the display, while other gestures under consideration include flipping and scrolling. However, the report does not mention anything about the gesture support in other Nokia devices that are already available in the market.

The report also speculates that Microsoft might reveal the Windows Phone 8.1 update at MWC 2014.

As of now, no other details of the alleged Nokia Goldfinger and Moneypenny have been revealed. It is not clear whether the two devices are smartphones or tablets.

Reports had suggested that Windows Phone 8.1 would come with large-screen support.

Earlier this week, a report claimed that Nokia would launch its next tablet dubbed Lumia 2020 alongside the Lumia 1820 smartphone, at MWC 2014.