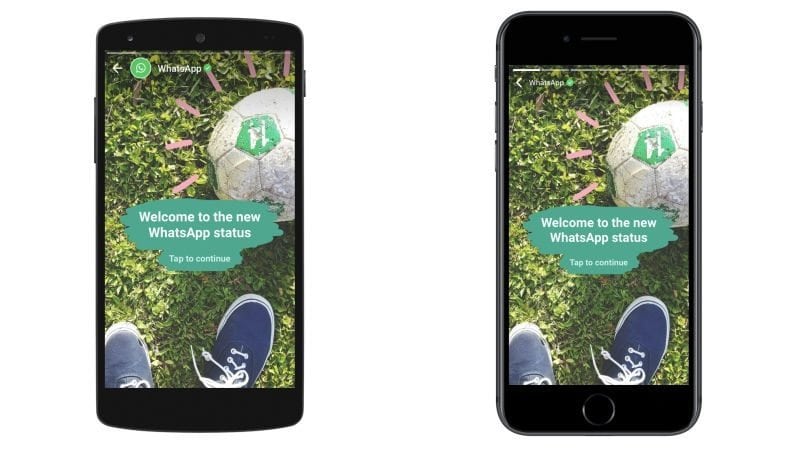 As WhatsApp gear up to celebrate their 8th birthday – they’ve decided to introduce what is perhaps the biggest fundamental change to how people use one of its core features, The WhatsApp status. WhatsApp is aiming for people to update their WhatsApp Status multiple times a day instead of the boring ‘Hey there, I’m using WhatsApp’ that most people have by default or putting something else they rarely change. The new update to the WhatsApp Status will allow you to express yourself with more than just a boring text message – This can be done using a short video that looks similar to Instagram Stories, which in turn was of course heavily ‘inspired’ by Snapchat’s feature of the same name. You will have the ability to share photos, videos, and GIFs as your Status, which are visible to all your WhatsApp contacts by default. WhatsApp Status updates disappear after 24 hours.

The new WhatsApp Status implementation will add more social-networking capabilities where you broadcast regular updates to your friends, who then share their comments or reactions. The one difference here is any replies that your friends send to Status updates are visible only to you, in your Chat with that friend, with a message that indicates which Status update they are replying to.

The WhatsApp UI has also been updated to accommodate the new features. With video now meant to be a big part of the WhatsApp experience thanks to Status updates, the built-in camera gets a prominent icon of its own.

The WhatsApp Status feature will receive a tab of its own and your updated statuses will be visible to your contacts by default, though you can change them to My contacts except… or Only share with… as well.

Within the Status tab you will see various groups:

The new WhatsApp Status feature will begin rolling out in Europe and there after to other regions. The feature will ultimately be available to all WhatsApp users on Android, iPhone, and Windows.