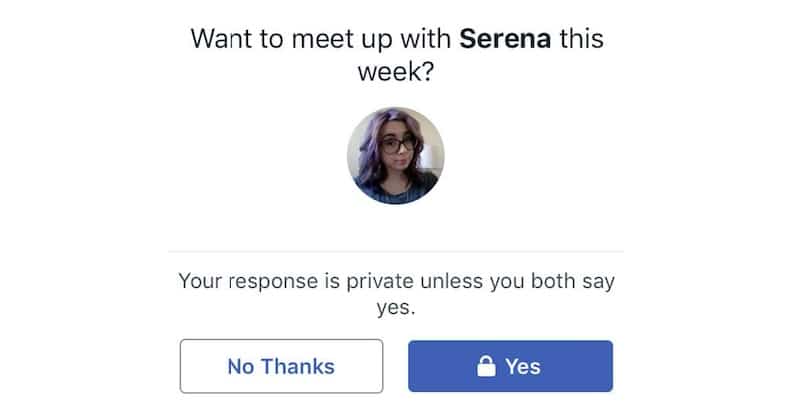 Facebook has spent much of the past year bringing Snapchat-inspired features across all its core services and is now aiming at introducing a very Tinder-like feature.

A message, “[Name redacted] and 15 others may want to meet up with you this week”, popped up on a Motherboard’s reporter phone recently. With further investigation being done, they have confirmed that it was indeed very similar to Tinder’s core offering. So instead having to swipe left or right, like you would on Tinder, Facebook asks people whether they would like to meet up with a particular person. The user will then have two options to choose from which are “No Thanks”, and “Yes”. If they both agree, Facebook will then inform the two by indicating they have shown interest in meeting each other.

Facebook have confirmed this feature by informing the publication that it was testing this feature with select users.

Just like with most of other Facebook’s tests, if the feature gets traction, it will be rolled out to all.

What currently remains unclear is that, will people have an option to opt out of it?

If we take a look back to the recent updates by Facebook. They have copied Snapchat’s Stories to its marquee app, Messenger, WhatsApp, and Instagram.