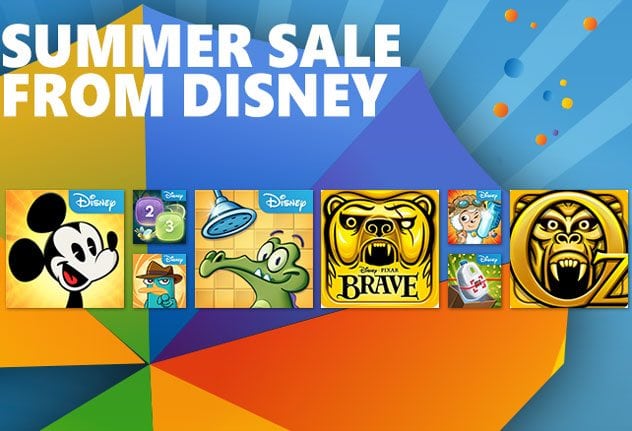 Continuing their tradition of rewarding loyal Lumia owners, Microsoft and Disney are giving away an exciting range of games worth more than R200 through June 17. The rundown of these featured games included in the limited time special incorporate titles from diverse kinds, for example, riddles, experience, and arcade.

Where’s My Perry, which likewise is the costliest game in the list, allows users to unravel material science based riddles by finishing missions. Where’s My Water?, Where’s My Water? Including XYY and Where’s My Mickey? take after the same gameplay style yet with diverse levels and difficulties. In Temple Run: Oz clients can keep running as both Oz and China Girl winning in-game coins, which thus will open more accomplishments in the feature amusement. Sanctuary Run: Brave is additionally taking into account the comparative gameplay outline.

Disney Solitaire, as the name recommends will allow users to play 120 levels of Solitaire diversion in light of undertakings of Peter Pan and The Lion King. While the Lost Light is a riddle experience feature diversion where clients move through backwoods and help creatures, the Disney Checkout Challenge is a quick paced amusement title where clients need to snatch certain basic supply things and checkout as fast as could be expected under the circumstances.

Microsoft a week prior additionally reported that until November 30, any client who purchases a Lumia smartphone would get a gift bundle from Gameloft worth approximately R1200.